Who is Financing the Celebs' New Elector Swaying Video?


America's favorite progressive celebs are out in full force, featured in their new video which asks Republican electors to be "heroes" and vote against Trump. Aligned with groups such as the Hamilton Electors (who ask people to wear Hillary Purple at their local rallies), you will find all of the usual leftist financing and organizing behind it. (Video is HERE, if you have not seen it.)

At the end of the video, it tells us the video was paid for by "Americans Take Action". Upon visiting their site, you will find NO real information about who they are. This is true of so many of these activist sites, who try to make visitors think they are "just folks" and give absolutely no information on who they really are:

We are just regular everyday Americans – engineers and teachers, activists and lawyers, trade unionists and professionals, scientists and nurses – who believe in making a difference, having an impact, and leaving the planet a little better off than how we found it. As practical people, whenever we face a challenge, Americans take action to fix it.

However, they inadvertently give it away when you visit the site of their current campaign to dump Trump, which they call December 19. This is where they are attempting to organize rallies nationwide:

We the People will come together at every state capitol across the United States to call on the Electors of the Electoral College to listen to the voice of the people and refuse to cast their ballots for Donald Trump.

Their related effort from Unite for America asks participants to wear Hillary Purple to these events. (In case you wondered why Hillary and her entourage wore purple at her concession speech, now you know):

Wear purple as a symbol of both sides of the aisle, Red and Blue, coming together to stop Trump and protect our nation.

They are encouraging electors to vote for Kasich in Trump's place.

The December19 page has a donation form at the bottom of the page, where it is clear that donations will process through the Action Network. You will see here that the Action Network is the premiere organizing tool for just about every progressive movement out there. The home page talks bout their tools for Netroots Nation and the New Organizing Institute (now "Wellstone Action"). Further exploring shows further partnerships, including AFL-CIO, United We dream and the Daily Kos.

Take it a step further by visiting their Corporate Action Network, and you finally begin to get some actual names and associations behind all of this. Their "team" page shares bios of people with resumes full of working for SEIU, Soros' Center for American Progress, Elizabeth Warren and John Kerry.

Along with the already known players that include Lawrence Lessig, Van Jones, and former Dem operative and  La Raza alum  Polly Baca, it is abundantly clear exactly what this is all about. 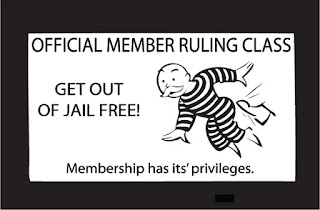 As the movement develops to try to change the rules at the GOP convention, the players involved become more obvious as people we have seen working together before, for an Article V/ConCon convention of states.

Clearly, they (and their corporate backers) see a Trump presidency as a threat to their long term plans. Much has already been written on the problems with their push for a change to the Constitution.
http://freedomoutpost.com/the-definitive-study-list-of-problems-with-the-article-v-convention-of-states-con-con-movement/


The following major participants in the current #NeverTrump movement should be noted and their past affiliations well known:

Part of the "Citizens in Charge Foundation" currently running ads to encourage delegates to "vote their conscience".

Started the Convention of States (ConCon) effort with Leo Linbeck III as an offshoot of their Citizens for Self Governance:
http://www.newswithviews.com/guest_opinion/guest246.htm

It has been reported that the Convention of States concept originated with Ned and Drew Ryun of American Majority. Ned and Drew are the sons of former U.S. Representative Jim Ryun, who is currently with The Madison Project, a fundraising effort for conservative candidates. American Majority was funded "above 75 percent" by the Sam Adams Alliance, Eric O'Keefe's (no longer active) conservative think tank. Eric O'Keefe (former director of the National Libertarian Party) and Leo Linbeck III also happen to be partners in both the formation of Citizens for Self Governance and their own super PAC, Campaign for Primary Accountability. Citizens for Self Governance is the source of the Convention of States effort.
With the Ryun's close ties to Michael Farris, it is no wonder that he would be in the position of leading this effort. Ned founded Generation Joshua, which Farris put into action through his Home School Legal Defense Association.
More on O'Keefe:
Board of Directors of Wisconsin Club for Growth, a state-wide network of thousands of pro-growth Wisconsinites, from all walks of life, who believe that prosperity and opportunity come through economic freedom.
Board of Directors of Citizens for Self-Governance, an organization dedicated to advancing self-governance.
Board of Directors of Citizens in Charge, an organization working to protect and expand ballot initiative rights.
Former member of the Board of Directors of the Center for Competitive Politics, a group that works to promote and defend First Amendment rights to free political speech, assembly, and petition.
Former member of the Board of Directors of the Institute for Humane Studies. Associated with George Mason University, IHS supports the achievement of a freer society by discovering and facilitating the development of talented students, scholars, and other intellectuals.
Co-founder of the Campaign for Primary Accountability, a nonpartisan Super PAC dedicated to breaking the cycle of incumbency by targeting Democrats and Republicans in congressional primary races. (Also with Leo Linbeck III)
Past chairman of the Sam Adams Alliance, a former organization that cultivated citizen activism.
Former member of the board of directors of the national Club for Growth
Former member of the board of directors of the Cato Institute

Eric O"Keefe's Citizens in Charge shares the same address with Liberty Initiative (13168 Centerpointe Way #202
Woodbridge, VA 22193) and share Paul Jacob as an operative.
Paul was a Libertarian draft dodger in the 80's, featured in this Rolling Stone article at the time:
http://www.rollingstone.com/politics/news/nothing-about-the-draft-makes-sense-19820930?page=2
Along with O'Keefe, worked for U.S. Term Limits and Sam Adams Alliance.
He wrote here in promotion of an Article V ConCon:
http://www.termlimits.org/the-article-v-path/


Former NJ State Chairman for Cruz campaign.
This PAC originally supported Cruz and has now been turned into a delegate manipulation effort.


Farris published his anti-Trump "end of the Religious Right" rant on the anti-Trump Christian Post this week:
http://www.christianpost.com/news/trump-meeting-evangelical-leaders-end-of-the-christian-right-165473/
No coincidence, he heads the Convention of States, founded by Eric O"Keefe and Leo Linbeck III. He will ally with anyone to forward this movement.
http://freedomoutpost.com/con-con-controversy-michael-farris-justifies-working-radicals-convention-states/


In addition to his backing from Robert Mercer (above under "Steve Lonegan"), Cruz has close ties to Leo Linbeck/Eric O'Keefe and ALEC, all huge promoters of the Article V/ConCon. Extensive ties.

Dad did serve up a couple of interesting nuggets about a young Ted Cruz. Like this one:

He did, however, neglect to note that the Free Enterprise Institute is a project of Texas builder billionaire Leo Linbeck, III, and that Ted Cruz serves as Trustee of that organization. He is in august company, with fellow trustees ranging from powerful Texas Republicans to billionaires and bankers. It appears that the junior senator from Texas has connections in high places, and that his high school passion has paid off handsomely for him.

Cruz has pushed hard for a ConCon:


Obviously encouraging delegates to "vote their conscience". Also bankrolled by the Koch's.

The Christian Post's Anti-Trump Declaration: They May Have Left Out a Few Relevant Details

The Blaze, this weekend, made a point of making sure their readers were aware that The Christian Post had clearly advised Christians not to vote for Donald Trump, citing the CP article where the editorial staff tears him apart. Glenn Beck, as we know, is an active Ted Cruz endorser and campaigner, so it is not surprising that The Blaze has highlighted many anti-Trump pieces from The Christian Post. Although there is certainly nothing wrong with anyone's political opinions being expressed, there are a few things that could be coloring those opinions that people should be aware of. Cruz campaign workers and pro-amnesty activism were not mentioned in this Christian Post article, but these are clearly relevant.
The CP article begins this way, noting that this is a first for them:
Editors' Note: The Christian Post has not taken a position on a political candidate before today. We are making an exception because Trump is exceptionally bad and claims to speak for and represent the interests of evangelicals.


We the senior editors of The Christian Post encourage our readers to back away from Donald Trump.
Some of the "Christian leaders" mentioned by name in their article, with links to their own Trump attacking articles, also happen to be Cruz endorsers or are actually working for the campaign. There is not a thing wrong with that, but it would certainly motivate them to encourage voters not to vote for the opponent. Among those mentioned:
Dr. Michael Brown, well known radio show host and activist officially endorsed Cruz.
Kristi Burton Brown is Cruz campaign county co-chair in Colorado. She is an editor for Live Action News, an op-ed contributor to the Christian Post, a county co-chair for Ted Cruz in Colorado, and an Associate Scholar for the pro-life think tank, Charlotte Lozier Institute.
From her LinkedIn page:
County Co-ChairTed Cruz Colorado Grassroots Campaign2015 – Present (1 year)
Speaking, writing, and using social media to recruit volunteers and supporters for the Cruz campaign.
What might be of much more concern is that many on The Christian Post editorial/advisory board, as well as a few others named in their article, have been quite active with the very progressive and Soros funded  "Evangelical Immigration Table," which is a pro-amnesty movement that had worked hard with Obama to push through "immigration reform."  Jim Wallis is also one of the biggest activists in this movement. Considering that Trump's biggest issue has been his intent to fight amnesty and see that we have serious border enforcement, it is clear that his agenda is as far from theirs as it could be.

Read the rest HERE.
Posted by BF Admin at 4:05 PM No comments:

It was not a surprise, after reading the story on Breitbart.com about "the largest civil disobedience action of the century", to find that Professor Lawrence Lessig is one of the main coordinators of this planned action. Although using Trump as the excuse-of-the-day, Lessig never misses any opportunity to push for his version of campaign finance reform, which was what his support of a Constitutional Convention/Convention of States with Mark Meckler,Michael Farris and others was all about.
Democracy Spring, according to Breitbart.com: "some of the same radical groups involved in shutting down Donald Trump's Chicago rally last week are plotting a mass civil disobedience movement to begin next month." Well, of course, they are the same groups. They are always the same. Most of these sponsoring groups are also behind the Leftist's version of a ConCon, among them, Lessig's Rootstrikers, Cenk Uygar and his Wolf Pack as well as Medea Benjamin's Code Pink. You will see many of the same here on their MoveToAmend site.Why? Campaign finance reform. Anyone who cannot figure out that reform they want will ensure their power indefinitely is naive, indeed. Why do you think Obama was so furious with the SCOTUS ruling on that topic? It's a vital part of their vision.
So, what has this to do with Trump? Nothing (as he has not even taken big PAC money for his campaign). He is just their latest rallying point for the same push they have always had. Using the current high voltage emotions in the campaign season, they are pushing the very same things with a new label.

Read the rest HERE.
Posted by BF Admin at 3:59 PM No comments: